Green Olives from Chalkidiki with Lemon and Oregano

Gathered by hand from the olive groves of the Monastery of the Annunciation of Virgin Mary at Ormylia, the Green Olives from Chalkidiki with Lemon and Oregano are a genuine natural and monastic product. Taste them plain or use them as accompaniment in salads and Mediterranean dishes.

For more than forty years, the nuns of the Monastery of Annunciation have engaged in the cultivation of olive groves, while respecting nature and the surrounding environment. They collect the fruits with their bare hands and with extra love and care. This is the reason why, Green Olives from Chalklidiki stand out with their exceptional taste. 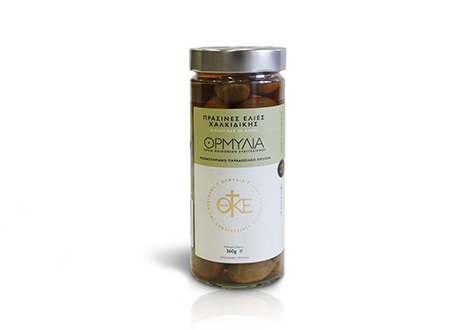 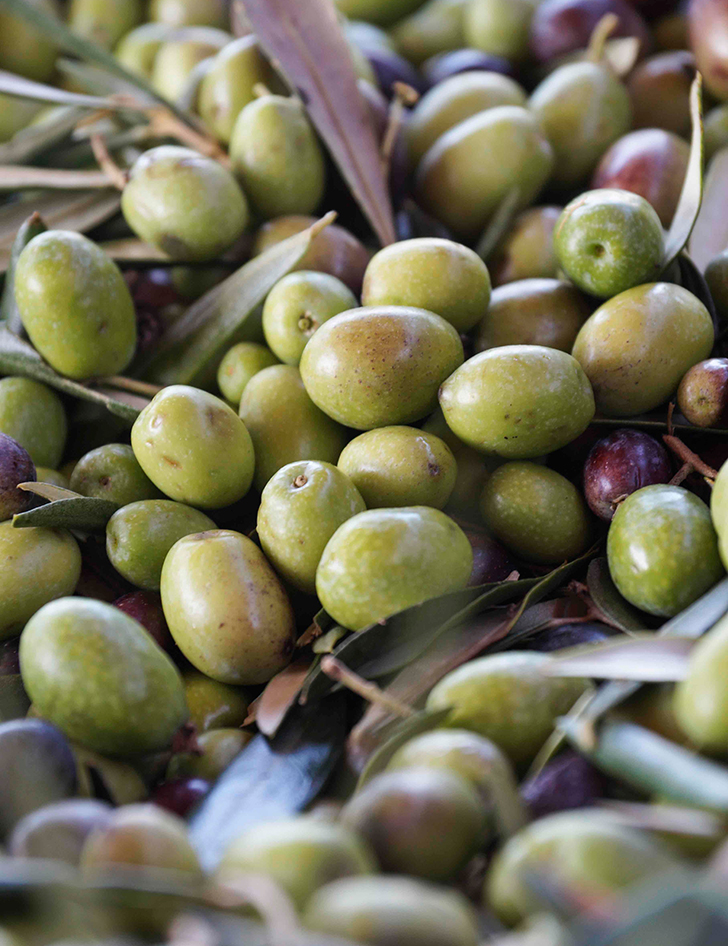 Having significant benefits for human health and longevity, olives and their products are valuable nutrients for a balanced diet, especially for Mediterranean cuisine lovers. Since ancient times, the fruit of the olive tree was considered blessed and was a symbol of knowledge, wisdom, health, abundance, beauty and strength.

The olives are rich sources of monounsaturated fatty acids. The chlorine they contain helps improve liver functions while vitamins A, D, E and K help encourage bone growth. People who follow a low sodium diet, especially hypertensive, should not consume large quantities of olives, because they are high in sodium content.

Get Familiar with Ormylia Products.


Working in the gardens and the farm oft he Monastery reminds of the command that God gave to Adam when He placed him in Paradise, telling him to labor and protect His works. 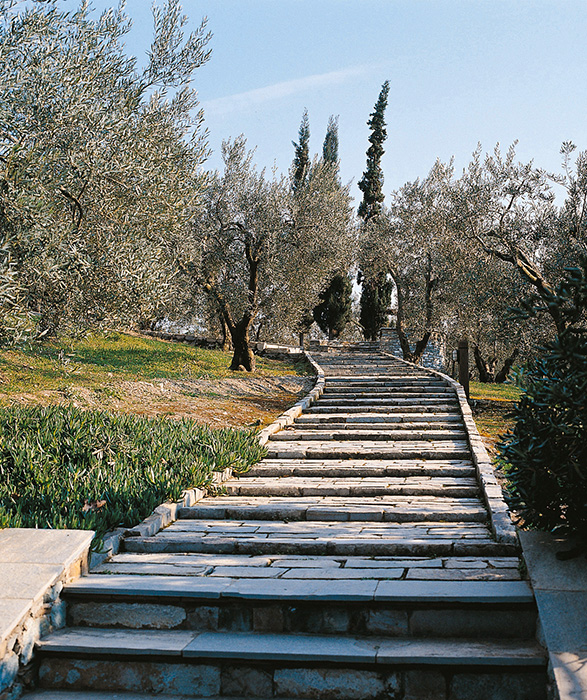 For nuns and monks this command has great substance, as every monastery is a part of Heaven on Earth and also to remind them that humanity was created for something greater and everyday occupation with earthly work can become a way to ascend to Paradise, when this work is given as a means to thank and praise God.

Thus like in every monastery, the nuns of Ormylia ever since they settled at the priory they made it their first concern to cultivate the land. The plain at the time was barren and fruitless.Today the farmland of the Holy Monastery of Ormylia includes Olive groves, various fruit trees and vegetable gardens which offer a rich production with the diligent care of the nuns.

In the garden everything is cultivated with traditional organic methods and the production is then processed with a unique traditional monastic way into handmade pasta, olive oil, olives, herbs, liquor and more.


The Olive tree is a symbol of good, its branch depicts peace and its wreath is a synonym of victory.

Geographicaly and culturaly, the rich spiritual and symbolic role of the olive is identified in the areas that Christianity started and developed. The Mediterranean populace adapted their needs with the potential of their natural environment and they elevated the olive and its oil into a basic element of their everyday life by using them in their nutrition, their illumination and their medicine.

In the fertile plains of Ormylia the olive is a Queen. The Olives of Chalkidiki are known for their large size and their ratio of flesh and core. They have a green color and a delicate fruity aroma while their taste is slightly bitter and spicy. Furthermore there is an absence of greasyness due to the adaption of the olive trees through the ages in the ground and the climate of the area.

In 1974 when the nuns settled in the Athonite priory, the Ormylia plain didn’t have form there is today. Mulberries was the predominant vegetation due to silkworm breeding. Any other cultivation was very limited. In the hills one could see scattered perennial olive trees, known also as “Kalogerikes (monastic)” from the old priory which survived through time, maintaining the historic continuity of the area. The nuns made it their first concern to cultivate the land that accepted them and to transform it ino an earthly paradise. 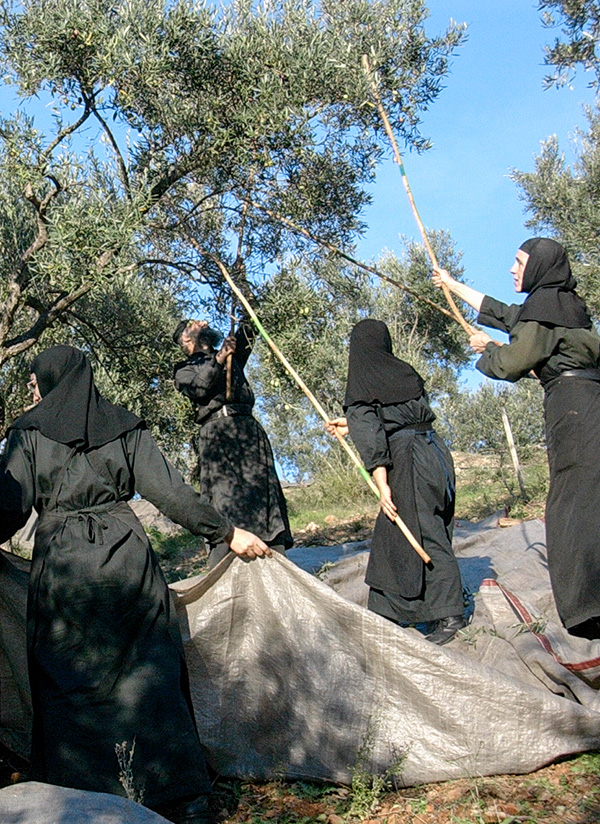 During harvest everyone helps with the olive groves. The olives are collected by beating the trees with long sticks to release its fruit.

The priory Olive groves today take up a very large area. Their cultivation is not an easy task. For them to flourish and give a rich production during the Autumn harvest a constant care and hard work is required throughout the entire year.

In September and November, when the olives are ripe, is the time that everyone needs to help with the harvest. This is the time that the entire sisterhood stops every other work and focuses in the agricultural harvest of the olives. This solidarity is a special blessing since hard work becomes a praise to God, Creator of everything.

Nuns spray the olives with thick salt to cure them.

Olives go through the conveyor belt for screening. Quality control is very thorough.

Olive from the Ormylia groves.